By now you’ve probably heard apple cider vinegar is good for you. ACV has been around and used for its amazing properties for centuries, and it’s quite possible the generation before you used it in good old fashioned liquid form. However, now that we have a wealth of scientific research behind it and easier ways to use it, it’s safe to say that it’s one of the most sought-after natural products around!

But what are the specific benefits of apple cider vinegar and how does it work exactly? And, most importantly, is there an EASIER and tastier way to get in your daily dose without chugging shots of sour water. Read on to get your answers.

Before diving into the list of advantages to taking ACV, let’s look at the active compounds in it that allows for all these benefits.

What Makes ACV Good for Me?
Although apple cider vinegar doesn’t contain many vitamins or minerals, it’s an excellent source of other bioactive ingredients. Two of the key ones are acetic acid and malic acid.

Acetic acid, as we mentioned above, is created by adding bacteria to the fermented apple alcohol, and it has loads of benefits (we’ll get to those in a minute).
Malic acid, on the other hand, is found naturally in fruits like apples, cherries, and tomatoes, but is found at an even higher concentration in ACV. 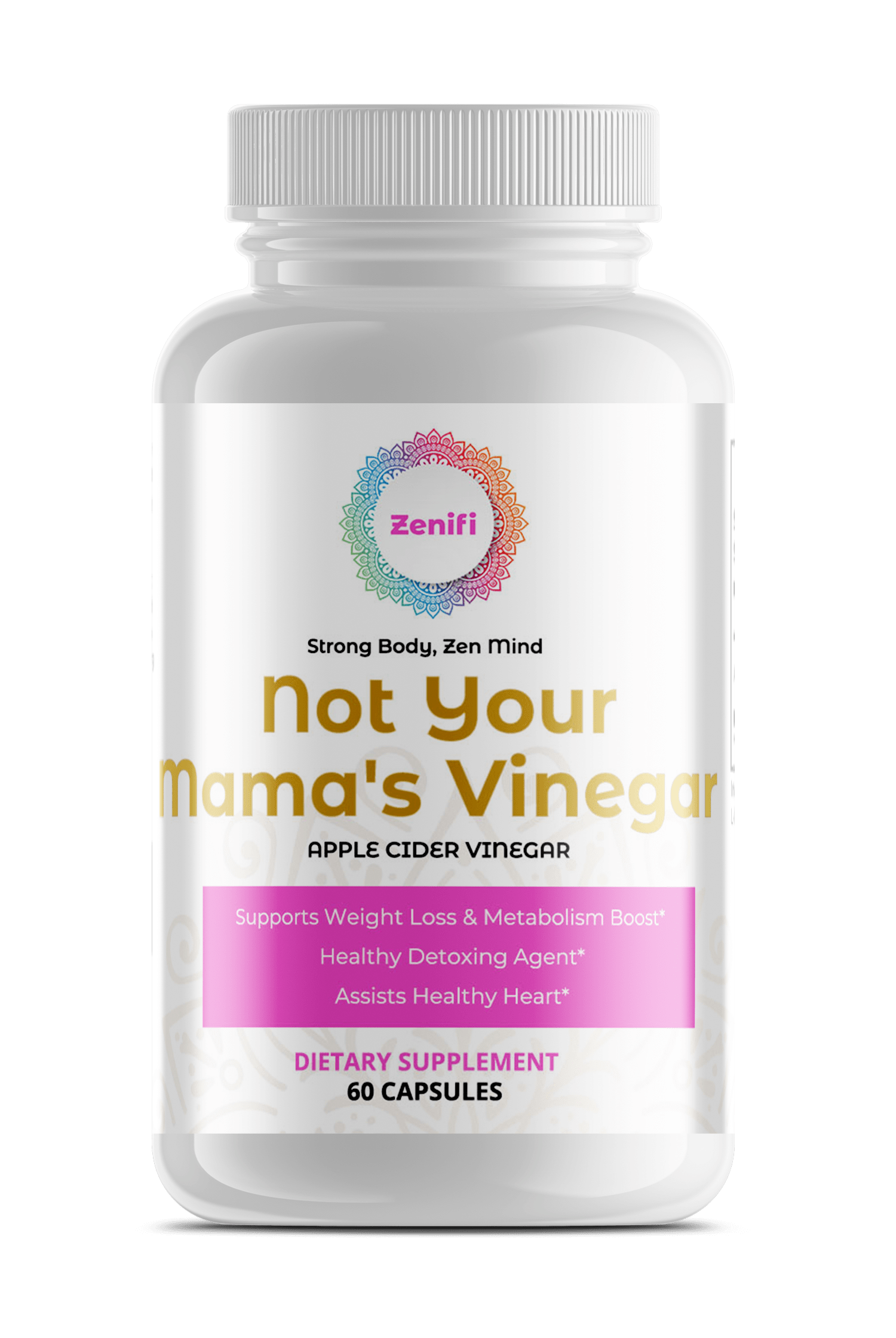 But What Are the Real Benefits of Apple Cider Vinegar?
ACV has tons of health benefits thanks to these bioactive ingredients. Here are just a few:

1. Supports Weight Loss & Metabolism
One of the biggest benefits of ACV is that it can aid in weight loss. Studies have shown that consuming ACV (along with high-carb foods) can result in feeling fuller for longer. This, in turn, can help with losing weight due to reduced caloric intake.

In addition, vinegar has been shown to help metabolic syndrome-related conditions in some individuals.

Friendly Reminder: Though research supports ACV’s impact on weight loss, no single food or drink is going to work miracles. ACV works in tandem with proper diet and exercise – the good old-fashioned method (that probably IS like your mama’s approach).

2. Lowers Cholesterol
A happy heart is a happy body.

Some studies have shown that regular consumption of ACV can help lower cholesterol and triacylglycerols, which supports heart health.

Reduces Blood Pressure
When your blood pressure is high, your heart is working harder. We think the mantra “work smarter, not harder” should apply to your body, too.

Acetic acid, the superstar active ingredient in ACV, was found in one study to decrease blood pressure in animals. Another study on animals found that vinegar actually blocks the enzyme that raises blood pressure. Yet another showed that consuming ACV reduced the risk of heart disease in humans.

4. Lowers Blood Sugar
ACV is particularly great for people with diabetes, or anyone who wants to keep their blood sugar levels regulated (i.e. everyone!). Numerous studies have shown that ACV lowers blood sugar and improves insulin responses.

When your insulin is regulated, you’ll also feel fuller for longer, which goes hand-in-hand with weight-loss properties. And everyone loves a two-for-one deal!

5. Potential Anti-Cancer Properties
There isn’t conclusive evidence to suggest that apple cider vinegar is linked to fighting cancer. However, one study found that when test tubes of human and animal cancer cells were exposed to acetic acid, the cancerous cells were killed.

Another suggests that vinegar can aid in shrinking tumors, but more research is needed to effectively prove how directly ingesting ACV can affect cancerous cells.

Liquid vs. Pills
Now that you’ve got the basics on how awesome ACV is, what is the best way to consume it?

While there are various ways to use this, most people will not stay consistent with taking ACV consistently due to the taste and smell. Supplement versions of apple cider vinegar are simply the dehydrated versions of the liquid and bypass that entirely.

Our capsule form makes it easy to make this amazing supplement a part of your healthy lifestyle.