SUPERIOR ABSORPTION AND 2000% ENHANCED BIOAVAILABILITY.* Despite their extraordinary potential, many herbs can have limited benefits due to poor absorption. Our Turmeric Curcumin formula includes BioPerine black pepper extract to improve the bioavailability and benefits of curcumin. Curcumin can only be effectively absorbed by our system when it is combined with piperine. BioPerine has been clinically shown to increase absorption by up to 2000%, making our Turmeric Curcumin more effective than other formulas that do not contain clinically proven bioenhancers.*Our capsules have 5mg of BioPerine per serving.

WITH 95% STANDARDIZED CURCUMIN. Super Roots Turmeric Capsules include turmeric extract which is standardized to contain 95% curcuminoids, the most potent compound in turmeric root with powerful antioxidant properties to maximize results.* To be effective, Turmeric supplement should have standardized 95% curcuminoids.

PURE, NATURAL INGREDIENTS. Using only the latest technologies, we were able to develop a Turmeric with BioPerine that is 100% natural. Our capsules do NOT contain unnecessary fillers, binders, rice flour, additives, soy, gluten, milk, egg, wheat, GMOs, peanuts, shellfish or sugar.

Turmeric is said to be the most effective nutritional supplement in existence by many healthcare leaders and educators. Unlike a lot of supplements, there are many high-quality studies that show it has major benefits for your brain and body. Here are the top 10 evidence-based health benefits of turmeric.

1. Turmeric Is Full Of Bioactive Compounds With Powerful Medicinal Properties

You may have heard of turmeric by now, and you may also know it is a yellow root spice often used in India for curry flavors. This root has been used for thousands of years as a medicinal herb and science is catching up to the truth that other cultures have long known.

Research has continued to prove that turmeric really does contain compounds with medicinal properties. The compounds found in turmeric are called curcuminoids, the most important being curcumin.

Curcumin is one of the most important and active ingredients in turmeric. It not only has powerful anti-inflammatory effects but is also a very strong antioxidant. However, the curcumin content of turmeric root itself is not that high. It’s only around 3%, by weight. Most of the research on this herb have been done using around 1 gram per day, and it would be almost impossible to reach these levels by just using the spice in your food. This is why to receive the benefits of this amazing compound, you need to take a supplemental form that contains significant amounts of curcumin.

There are several factors to take into consideration when supplementing with any herb or nutrient, and those are bioavailability and absorption. Unfortunately, curcumin is poorly absorbed into the bloodstream, which is why it is helpful to consume black pepper with it, which contains piperine (bioperine), a natural substance that enhances the absorption of curcumin by 2,000% substantially increasing its effectiveness. Curcumin is also fat-soluble, so taking it with a fatty meal is also helpful.

2. Turmeric Is A Fierce Inflammation Fighter.

Chronic inflammation is at the root cause of many common Western diseases. Curcumin is able to suppress many of the molecules known to play major roles in inflammation. Without this suppression, inflammation grows out of control and can inappropriately attack your body’s own tissues. So it’s easy to see, that anything helping fight chronic inflammation is of vital importance in preventing and even treating these diseases.

Diseases such as diabetes, heart disease, cancer, metabolic syndrome, Alzheimer’s and various degenerative conditions all have their roots in chronic inflammation and can be benefited by curcumin.

Without getting into gritty scientific details (inflammation is extremely complex and multifaceted), the key thing you should know is that curcumin is a bioactive substance that fights inflammation at the molecular level.

Curcumin fights inflammation so well its effects can match the effectiveness of anti-inflammatory drugs, without the side effects.

3. Turmeric Dramatically Increases the Antioxidant Capacity of the Body

Oxidative damage is known as a key mechanism behind aging and many various diseases (much like inflammation). Antioxidants are like the superheroes who protect your body from free radicals and their oxidative damage.

Science now knows neurons are able to divide and multiply after childhood.  Researchers discovered neurons are not only capable of forming new connections, but in certain areas of the brain, they can also multiply and increase in number. The more neurons, the healthier the brain.

One of the main drivers of this process is BDNF (brain-derived neurotrophic factor ), which is a type of growth hormone that functions in your brain.  Risks for brain disorders, including depression and Alzheimer’s disease have been connected to decreased levels of this important. hormone.

Curcumin can increase brain levels of BDNF . By doing this, it can be effective in delaying or even reversing many brain diseases and age-related decreases in brain function. Curcumin may also improve memory and increase brain performance which seems logical given its effects on BDNF levels. Ongoing research is needed to confirm this aspect, however.

Heart disease is the leading cause of death in the WORLD.

While many factors have been studied and shown to contribute to this (the most important being dietary) there are other things that can reduce risk as well.

The biggest benefit of curcumin when it comes to heart disease is improving the function of the endothelium, which is the lining of your blood vessels.

Endothelial dysfunction is well known to be a major driver of heart disease and involves an inability of your endothelium to regulate blood pressure, blood clotting and various other factors Curcumin may help reverse many steps in the entire heart disease process.

Studies have shown curcumin improves endothelial function dramatically. One study found that it’s as effective as exercise while another shows that it works as well as the drug Atorvastatin without all the risks and side effects.

Of course, we’ve already discussed how curcumin reduces inflammation and oxidation which are other roles in heart disease as well. In one study a group receiving curcumin had a 65% decreased risk of experiencing a heart attack in the hospital.

6. Turmeric Can Help Treat (And Even prevent) Cancer

Cancer is a terrible disease that can attack any part of the body with uncontrolled cell growth. While there are many types and forms of cancer, they do share several things in common and some of them appear to be affected by curcumin supplements.

Curcumin has been studied for its ability to aid in cancer treatment and has been found to affect cancer growth, development and spread at the molecular level These studies have shown that it can contribute to the death of cancerous cells and reduce angiogenesis (growth of new blood vessels in tumors) and metastasis (spread of cancer). Various other studies indicate that curcumin can reduce the growth of cancerous cells.

Of course, more research is always needed to further confirm any findings and create more treatments. However, with there being evidence that it may prevent cancer from occurring in the first place, especially cancers of the digestive system like colorectal cancer, it’s a worthwhile investment into your overall health and prevention protocol. In a 30-day study in 44 men with lesions in the colon that sometimes turn cancerous, 4 grams of curcumin per day reduced the number of lesions by 40%

7. Curcumin May Be Useful in Preventing and Treating Alzheimer’s Disease

Alzheimer’s disease is the most common neurodegenerative disease in the world and is the leading cause of dementia. Unfortunately, despite all our medical advances, there is no good treatment available for Alzheimer’s yet. Therefore, prevention should be of utmost importance and focus.

Some promising news comes to us with curcumin, however. It has been shown to cross the blood-brain barrier and to lead to various improvements in the pathological process of Alzheimer’s disease. It’s also known that inflammation and oxidative damage play a role in Alzheimer’s disease, and curcumin has beneficial effects on both.

In addition, a key feature of Alzheimer’s disease is a buildup of protein tangles called amyloid plaques. Studies show that curcumin can help clear these plaques. Like with all areas, more advanced research is being conducted in this area and most extensive risks/benefits/applications will soon be known.

Arthritis is a common problem in Western countries. There are several different types, but they all involve inflammation.

9. Curcumin Has Incredible Benefits Against Depression

Depression, like any other disease, has numerous causes and variants, but the research is promising on curcumin’s role in helping alleviate the symptoms and in some, the cause of depression.

According to this small study, curcumin is as effective as an antidepressant. In a controlled trial, 60 people with depression were randomized into three groups. One group took Prozac, another group one gram of curcumin and the third group both Prozac and curcumin. After 6 weeks, curcumin had led to improvements that were similar to Prozac. The group that took both Prozac and curcumin fared best

Depression is also linked to reduced levels of brain-derived neurotrophic factor (BDNF) and a shrinking hippocampus, a brain area with a role in learning and memory. Curcumin boosts BDNF levels, which can potentially reverse some of these changes. Additional evidence supports curcumin can boost the brain neurotransmitters serotonin and dopamine.

While there aren’t a lot of studies specifically on this specific aspect, we can connect the dots of what the research does show and understand how this affects aging as a whole. If curcumin can really help prevent heart disease, cancer and Alzheimer’s, it would have obvious benefits for longevity.

Oxidation and inflammation are believed to play a role in aging, curcumin may have effects that go way beyond just preventing disease. With all the mounting research and anecdotal stories/testimonials on this powerful supplement, Curcumin has become a very popular anti-aging supplement.

Turmeric (especially the most active compound curcumin) is a wonderful tool for both current symptoms and prevention of disease/pain that is cost-effective and has numerous benefits.

If you want to buy a turmeric/curcumin supplement, it’s important to find a product with BioPerine (the trademarked name for piperine), which is the substance that enhances curcumin absorption by 2,000%. Without this substance, most of the curcumin just passes through your digestive tract.

Benefits of turmeric on disease

Turmeric as powerful as drugs

No side effects of curcumin

There are no reviews yet. 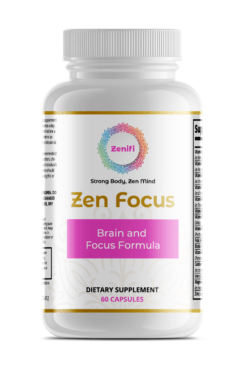 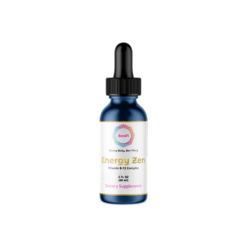 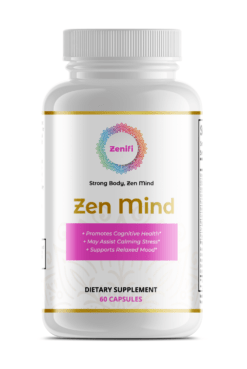 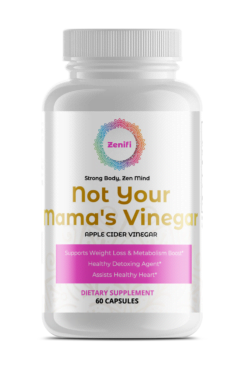 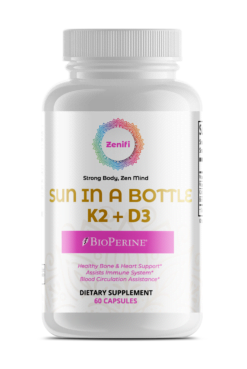 Sun In A Bottle, Vitamin D3 plus K2 Immune Support 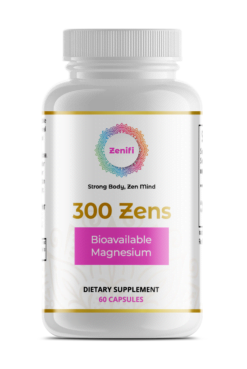